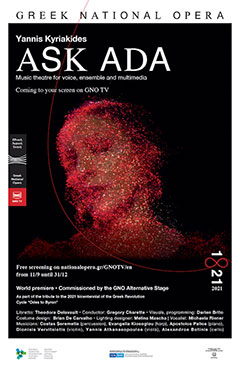 The online version of Ask Ada will be shown on Greek National Opera (GNO) TV from 11th September till the end of the year. Ask Ada is a music theatre work for singer, 6 instruments (violin, viola, cello, harp, piano, percussion), electonics and video. The work revolves around Ada Lovelace, daughter of Lord Byron and famously credited as having written the first computer algorithm in 1843. Commissioned by The Greek National Opera. 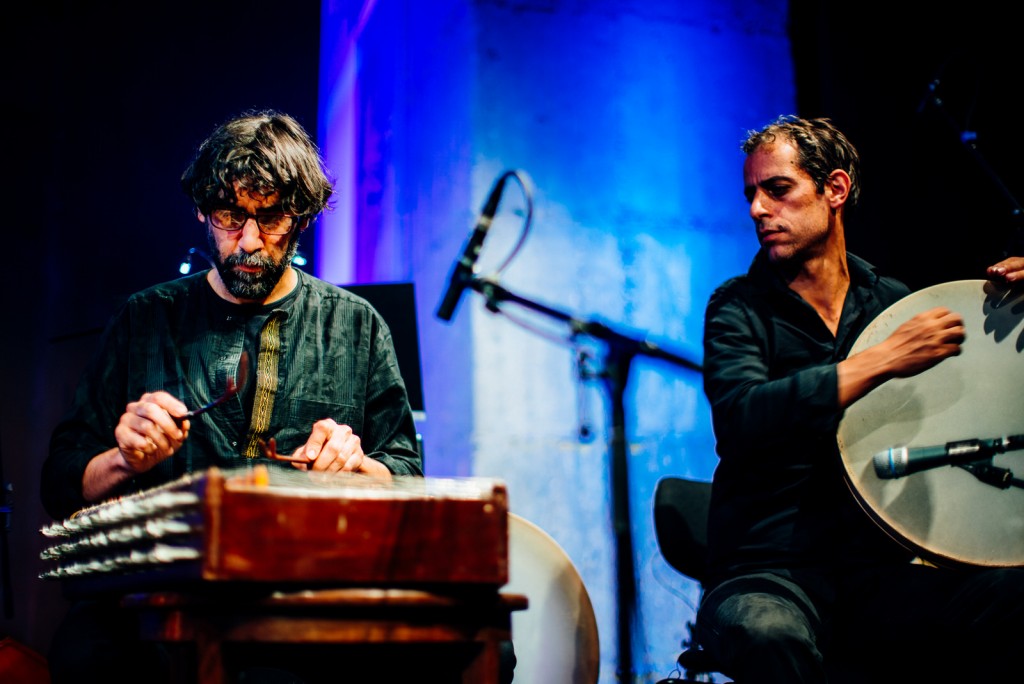 »Isles&Rivers« is a program in flux, along consolidating and dissolving borders. Persian and European baroque flows into improvisations to live electronics, sometimes foaming, sometimes deep, sometimes quiet... A new composition by Yannis Kyriakides for the entire instrumentation from Greek lyre to theorbo is dedicated to the philosopher Metrodorus of the island of Chios: »None of us knows anything, not even whether we know or do not know, nor do we know whether not knowing and knowing exist, nor in general whether there is anything or not.« From the Mediterranean as a space of sound and thought we come to the island as a former utopia.

The concert will be accompanied by a »Outernational Listening Session« with Kübra Gümüşay. 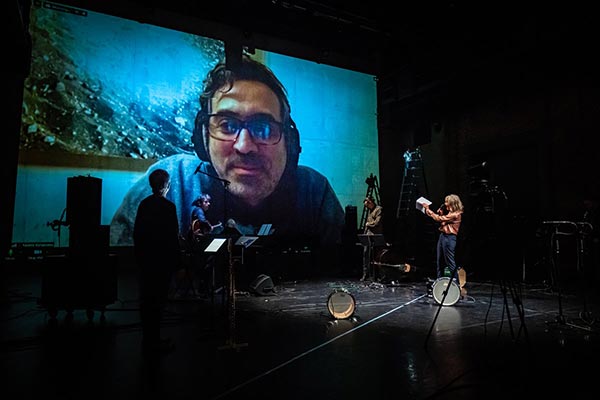 Was honoured to receive the Johann Wagenaar oeuvre prize on the 12th December in Den Haag. Unfortunately I had to be in quarantine for the prize ceremony and concerts and experienced the whole thing via Zoom - very 2020. Silbersee and Maze performed works of mine, Ode to Man, Trackers and Waveshaper, which can still be seen online. Very grateful to the board of the Johan Wagenaar Stichting and Dag in De Branding for making this happen. 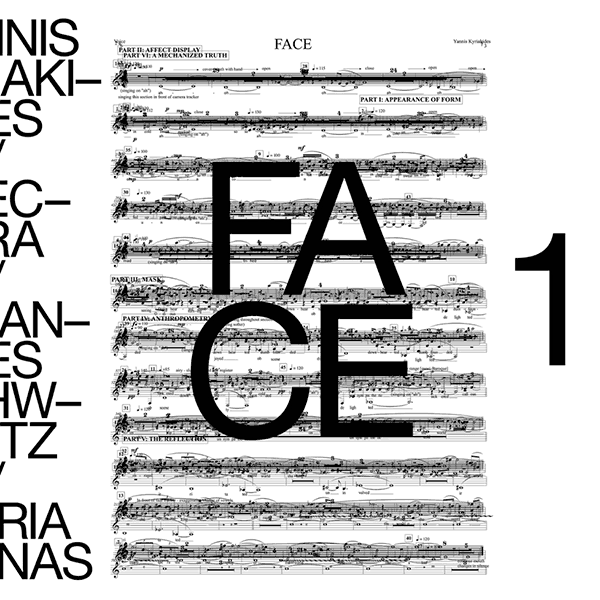 Release of the LP Face, a collaboration between Ensemble Electra, Johannes Schwartz and Maria Barnas. The vinyl release of Face is a co-production between Unsounds and Roma Publications. It is designed by the studio Experimental Jetset, Amsterdam. Face is a multimedia composition for voice, violin, piano, recorders, live electronics and video, based around the use of facial and emotion recognition software. Face plays with how we see ourselves and each other by changing the familiar surface of the face with other representations, alternative portraits in image and sound. Face is the result of a search for poetry and beauty that, as so often, hides behind a questionable development. The piece navigates between the problematic practice of anthropometry in the early 20th century to the current use of emotional face recognition software, an ever-present aspect of our lives where the reading of the face is completely automated - stripped of ambiguity and removed from human intuitive perception.

Due to Covid a number of premieres have been postponed to 2021. These include Knowing Nothing for the Rivers and Isles project moved to 2nd March, Radiaalsystem Berlin. Order of Thoughts and Things for Rewire, moved to Rewire 2021, April 2nd, and Orbital for Consord, Münster, moved to the 9th May 2021.

Premiere of One Hundred Years 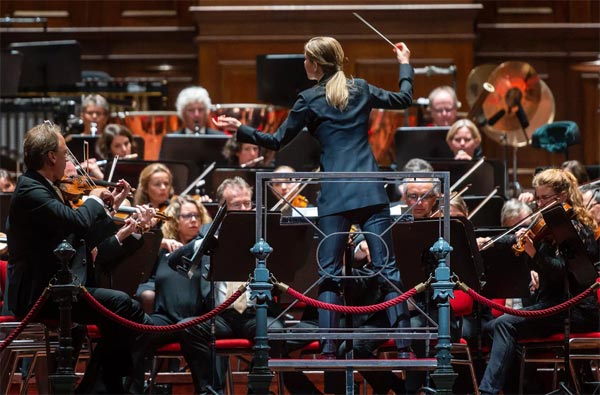 Really happy that under all these circumstances the premiere of One Hundred Years did go ahead on 19th September 2020. Commissioned by Gaudeamus to celebrate its 75th anniversary, it was performed by the Netherlands Radio Philharmonic Orchestra and Silbersee conducted by Karina Canellakis, Concertgebouw, Amsterdam as part of Zaterdag Matinee. The concert took place with limited audience, full enough that the concert had some atmosphere and performed twice in the afternoon with Stravinsky’s Agon and Ravel Piano Concerto in G.

Release on Unsounds of Pavilion, duo with Andy Moor recorded at Xavier Veilhan’s ‘Studio Venezia’ at the French pavilion for the 57th Venice Art Biennale in 2017. 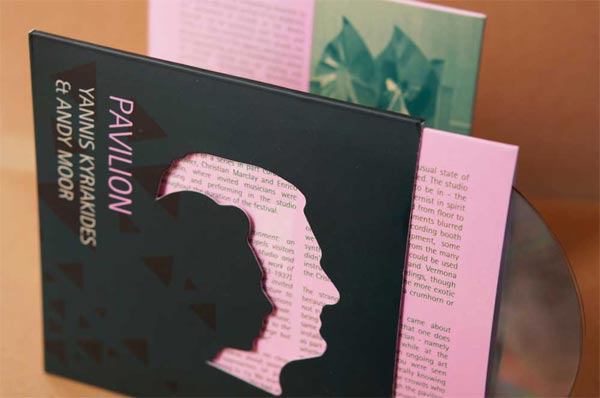 The Order of Thoughts and Things

Upcoming premiére of two sound installations at the Rewire Festival 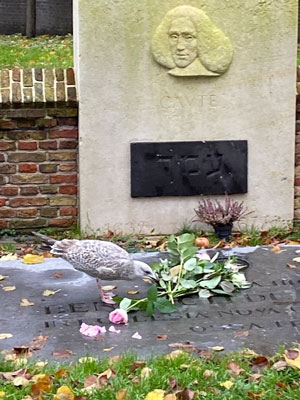 The two sound works created for Music for a Busy City project at the Rewire Festival are connected to places in Den Haag associated with the philosopher Baruch Spinoza: De Nieuwe Kerk, next to his tombstone, and the Spinozahuis, Pavilioensgracht 72, his last abode. Both works are titled: ‘ The Order of Thoughts and Things’, at De Nieuwe Kerk: The Order of Thoughts and Things (Tombstone), and the Pavilioensgracht: The Order of Thoughts and Things (House). Both works juxtapose processed voice with materials such as stone and glass. In (Tombstone) the voices are made to resonate like glass, and are morphed with the sound of the many seagulls that flock around the church. In (House) an intimate female voice is stretched around the 4 corners of the square, triggering sequences of intense noise, and percussive sounds. The title of the work is based on a Proposition from Book 2 of the Ethics: The order and connection of ideas is the same as the order and connection of things.

Press release about the receiving of the Johan Wagenaar 'oeuvre' prize.

The prize will be officially awarded December 12th at the Dag in de Branding Festival in Den Haag.

Three new works will be premiered in Autumn 2019:

Val, a musictheatre piece in collaboration with Schweigman& and Calefax reed quintet about the sensation of falling. It will be first shown in Stadsschouwburg Utrecht 21 Sep, and then tour in the Autumn.

Unmute is a music and dance piece made with Keren Levi, and Slagwerk Den Haag. The dancers and musicians channel a field of computer generated voices and layers of sounds through the mediation of sensors. Premiere at the Nederlandse Dansdagen in Maastricht, 3 Oct and then touring.

Manual of Forgetting is a audiovisual installation created for the large scale outdoor event Abstractiepark 7090. It will first be shown in Cultura Nova, Heerlen.

All tour dates are listed in the agenda. 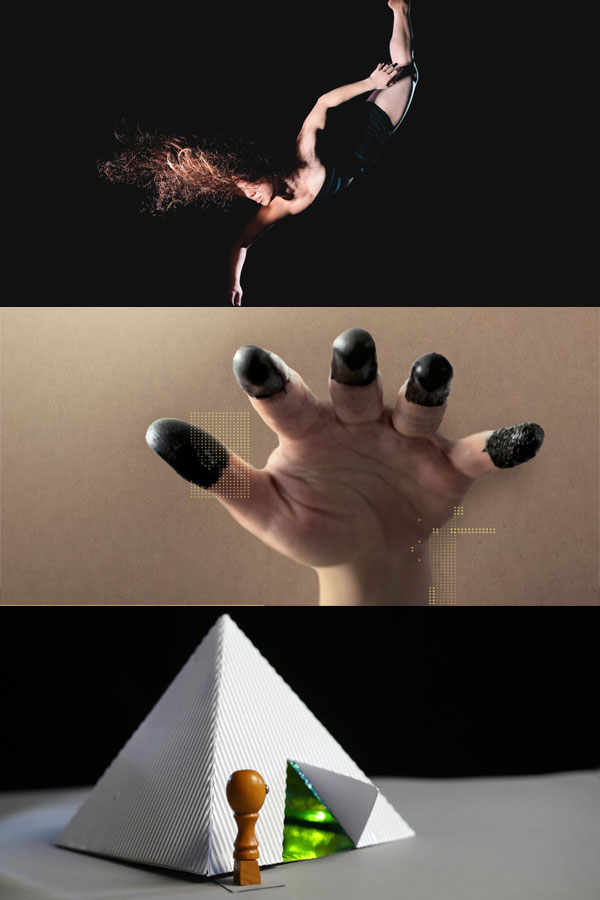