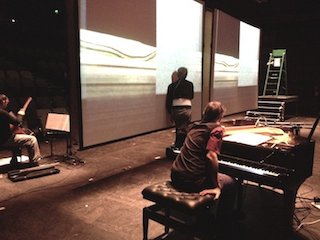 Had the honour and pleasure of performing the Buffer Zone at the Tramway, Glasgow as part of Cryptic's Sonica Festival. This was the first time we showed the piece since we played in Huddersfield and Nicosia in 2007/2008. All the old crew was back and it was as if we had never left the Buffer Zone. Sadly Andre Gingras who choreographed the piece died earlier this year. We dedicated the performance to his memory. 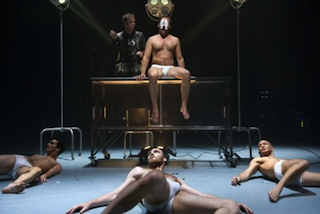 Had a fantastic sold out premiere night in Groningen, Oosterport with Club Guy + Roni, Slagwerk Den Haag and VocalLab with the premiere of Naked Lunch, for which I wrote the music. The tour will be continuing in Holland with over 20 performances or so until Feb 2014. The amazing percussionists and singers of Slagwerk Den Haag and VocalLab will be recording the music for a CD release early next year.

Night of the Unexpected 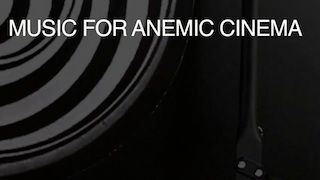 Opening the season Sep 5/6 at the Night of the Unexpected with a new piece based on Marcel Duchamp's Anemic Cinema performed by the Moscow Contemporary Music Players. It uses the images of the Duchamp roto reliefs printed on card and then played on a record player and filmed [the different textures of the print can be heard back in the audio - so we literally hear the images]. As well as this 6 minute piece, Andy Moor and I will be performing a short set of our Rebetika songs. 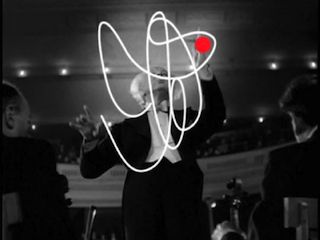 New group MAZE perform 3 Christian Marclay pieces at the EYE, Holland Festival, June 19th. This includes the videoscores ‘Screenplay’, ’The Bell and the Glass’ and the card-game ‘Shuffle’. 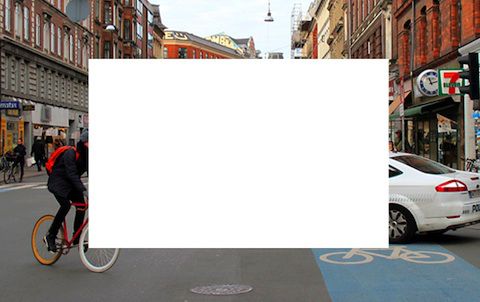 At the SPOR Festival in Aarhus, Denmark - 9-12 May showing two installations: dodona, norms of transposition and a performance of words and song without words. 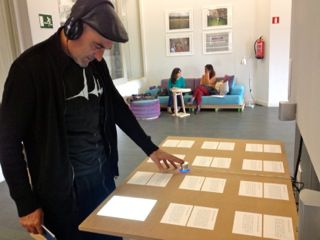 Showing some installations, varosha and wordless and performance with Andy Moor at the Audiopolis series at Madrid's Centro Centro. Until June. 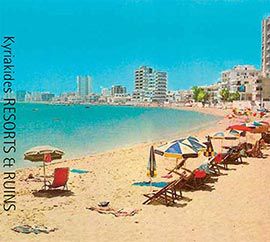 “Resorts & Ruins” is released on UNSOUNDS. A set of three recent sound works: varosha, the one hundred words and covertures. All the pieces use source material that highlight specific vocal traditions, namely Turkish pop music, Cypriot epic song, and Baroque opera, but they also all make extensive use of other forms of speech and vocal acts. This CD comes with a postcard series created by Isabelle Vigier: “The Golden Seaside” based on images of Varosha, the resort of Famagusta. Can be ordered through UNSOUNDS. Unsounds 33U. 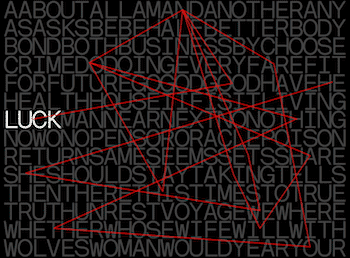 2013 began with some intense work on a new piece for Ensemble Klang, god good luck. This will be premiered at the KORZO, Den Haag on the 16th February. The piece is based on surviving questions submitted to the ancient oracle at Dodona in north-west Greece, which gave answers through the priestess and priests interpretation of the rustling of the leaves of an oak tree. The queries, mostly of a personal nature, would range from whether one should act to change a particular situation: marriage, job opportunities, health, travel, money, to questions about suspected crimes, trustworthiness of siblings and even slave ownership. In the piece, the questions are both encoded in the music and presented on a text grid forming geometric shapes. The piece is scored for piano, metal percussion, electric bass, three table (junk) guitars, live electronics and video projection.