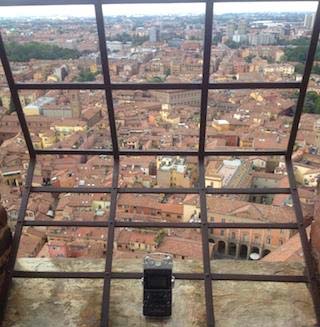 Two premieres at the Angelica Festival in Bologna, oneiricon, an interactive score for ensemble and computers and the orchestral version of Tinkling  performed by Reinier van Houdt and the Orchestra Del Teatro Comunale Di Bologna. It was a mix of old and new directions and certainly an enjoyable couple of days hanging out in the great city of Bologna and performing with my great colleagues of MAZE. Was also surprisingly enjoyable to be working with an orchestra again for the orchestral version of Tinkling.

I was honoured with the first prize in the International Rostrum of Composers for 2014 for the cello, video and electronics piece: words and song without words. It was chosen by 27 Radio Stations around the world to receive the prize. The producers of the selected works were apparently presented with the Joan Miró UNESCO Homage medal by Antoni Tápies, so I am supposed to be getting one of these soon - though it would have been great to get to shake hands with the great Tápies himself. Very happy about the honour and grateful to Larissa Groeneveld for performing it so well (see below) and the Amsterdam Cello Biennale for commissioning it. 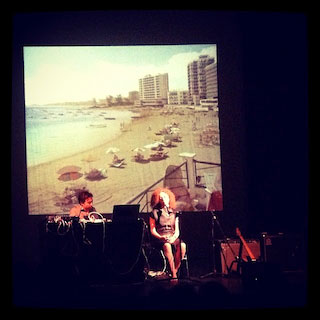 A great few days with Andy, rebetika and varosha (for the first time performed live with Ayelet Harpaz) in Area Sismica, Forli (a really enjoyable gig) and in Teatro Fondamenta Venice, where we also gave a workshop to a group of fine local musicians. 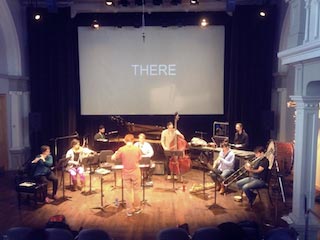 I had a wonderful 10 days in Toronto and Montreal at the beginning of the month working with Continuum Ensemble and Array in a performance of Tinkling played by Nora Mulder and conducted by Bas Wiegers. Then participating in a workshop for young composers with Trio 7090 in Montreal, ending with a performance of dreams of the blind by Ensemble La Machine. It was a great period of getting to know new musicians and composers and catching up with old friends.

A portrait concert at the great OCC - Stegi in Athens, Greece with MAZE and Barbara Lüneburg. A nice opportunity to learn some old and new pieces of mine with MAZE and perform to a new audience. Pieces performed included, karaoke etudes, RE: mad masters, the arrest, as they step and paramyth. Then straight after to Bristol New Music to play the Christian Marclay programme at Arnoflini. 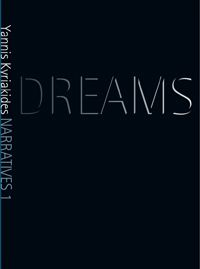 First DVD release of music text films series that will eventually comprise about 15 pieces. “Dreams” brings together 3 pieces recorded by Ensemble MAE and ASKO : dreams of the blind, the arrest and subliminal: The Lucretian Picnic.

dreams of the blind was awarded the Willem Pijper Prijs by the Johan Wagenaar Stichting. The prize was given on December 10th 2011 at the Korzo theatre in Den Haag, as part of the Dag in de Branding.

Limited edition release of 250. Unsounds 29U.

Mazagran releases CD of airfields (trojan light) from the live performance by musikFabrik made in Muziekgebouw, Amsterdam in Feb 2011. This is a 12 part suite for ensemble and electronics.

This work was nominated for the Toonzetters Prize 2012.