Commissioned by Gaudeamus to celebrate its 75th anniversary, with support of the Performing Arts Fund NL, and dedicated to Henk Heuvelmans.

one hundred years is built on the encoding of the days of all solar eclipses, which took (and will take) place from 1945 to 2045. Composed during this extraordinary year we are experiencing, 2020, the piece scans the past 75 years, from the beginning of the so-called 'atomic age', and looks forward 25 years to 2045, the date given by Ray Kurzweil, when technological 'singularity' will supposedly occur - the moment when artifical intelligence will surpass human intelligence. Historian Paul Rogers writes of this passage of time in his essay: A Century On The Edge: From Cold War To Hot World: 1945-2045 - marks a period when the human community faces the choice of taking decisions that lead to immense self-destruction or of acquiring the wisdom to handle its own destructive capabilities.

The piece is not meant as a narrative comment on specific dates or years that are named, rather a contemplation on the passing of time. How we look to the past and how we look to the future. As we hear dates and years gone by, we might associate them with historical or personal memories, and perhaps feel melancholic about a lost age, or identify with a particular decade. Hearing dates in the future, might give rise to uncertainty and fear, but might also evoke feelings of excitement and hope. 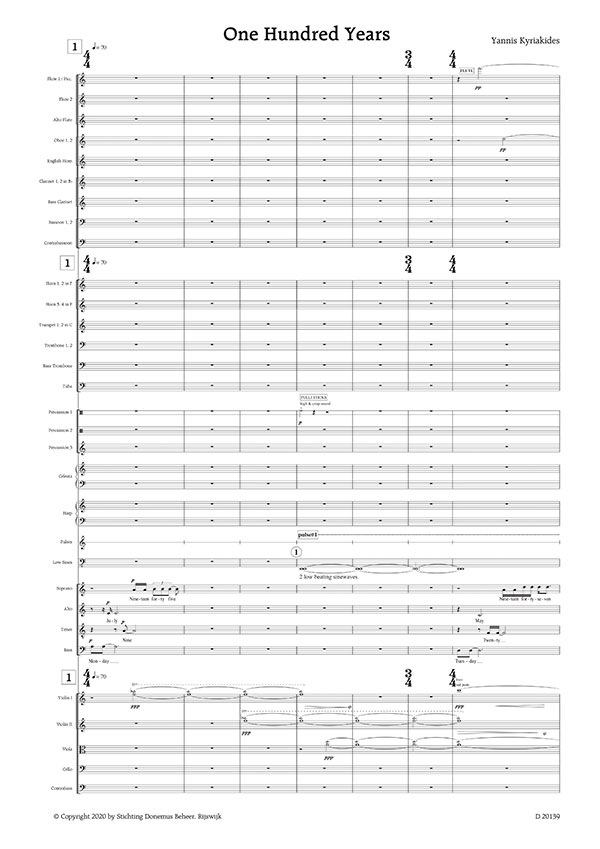